To the Yves Rocher GmbH 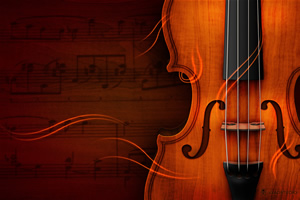 
CC / Chocolate, Almonds, Milk, Mango, Orange, Cucumbers and Apples, what does one not do all for the Beauty!

As you and others will hopefully know are my letters not based on the exchange of politeness or even requests, but this kind of letters are to be understood to pointing the way and showing off an alternative, since already also the reality speaks for itself!

Your own mind and the mind of others should have to tell you that in a production, what produces beauty products and these are distributed world-wide, no food must be used for the production of cosmetic and that these products with an utmost probability will bring also no use for the outward beauty, but in principle only by eating the abovementioned fruits can become a success in this regard!

It cannot be true any longer in these gotten sick societies that at this advanced time, humans have to suffer pain because of hunger or get by an insufficient feeding thereby heavy deficiency symptoms and infants get sick or must die, only because on the sunny side of life other ones scrawl themselves the food in the face or put it elsewhere inside!

You and your customers are not high-born ones, which may bath in almond oil and put them on with crocus milk. You and your entire world-wide clientele are sick people, who set themselves into the exalted class of the elite and for a long time notice anymore that you do not belong on these places any longer!

On these places come and belong completely other people but not half a glutton- animals whereupon there are also still humans!

Should it become true, that my person will take the place, which is meant for this history, then will learn all the ones, who are Christian formed and their last roots are from light-skinned nature, as my person proceeds with half an animals.

In almost the same manner as merciless and unbelievably I will take worry for it, that the sunny side of life gets the alms and at the same time the shadow side may eat them fill from the fruits of earth.

Since now 27 years am I among other things on the way and can enter a very grand success for myself in this regard, which can affected of course only negatively.

Beauty also comes from inside, this concerns not only the above mentioned optimal feeding but also the soul, however, if the person behaves like half an animal by divert food from its intended use, which other people urgently need and if the person lives under a roof with a whole animal, because the disturbed soul can thereby compensate for something what the soul is required for the well-being and a domestic animal is nourished by full food in the great style, then the facial features change in the course of the years to that, what one loves mostly and mostly estimates, mainly to an animal, however, for it no herb has grown!!

On the shadow side of life the beauty was not produced with priority, from which many ones themselves become dreaming, what with a great probability had to be happened by the roots of the prehistoric men and their connections.

If nevertheless one thinks, that in the course of many centuries particularly the dark-skinned humans for mentioned void reasons have died in masses and the souls reached back to their roots, then the natural balance is disturbed in afterworld, particularly since on the sunny side of life the so-called élite classes still lead in the old age an extended life and get a youthful look, if it is possible, then still a high quality of life too, although the whole means were required for it otherwise quite urgently!

This high quality of life and the high standard of living also contain quite high dangers, which arise from it and also is concerned the welfare of the humanity. The exceeding of the norm can be no permanent state and thus the human should immediately decide on the right side, because time is pressing!

High dangers from Outside are much more difficult to calculate than dangers which come from inside. However, one can have an effect only from inside out on the Outside, as well as it behaves primarily with the remaining beauty of a person too!

Cosmetics on biologically clean herbal- base is absolutely the right way, but only one must not mistake plants for fruits, which are intended exclusively for the consumption of the human.

There are also fruits and plants or herbs, which are used as drugs. Let nevertheless further pursue your researches for the beauty in this direction, for what every woman is grateful, because then you have broken no physical law and are on the right side, where possibly the success of your researches may appear.

Of course the animal experiments must be excluded, because otherwise, the circulation of life, which is bound to the physical laws, is disturbed again and becomes even more incalculable, what is valid basically for all life, particularly for the unborn, human life!

A fairy tale can begin for everybody only, if the beauty wins and this is able to do only from out of inner!

Since I cannot believe in a fairy tale for mentioned reasons any more surely, I advise you and all others urgently taking care of it, that the possibility for a painless "departure" and for a change by a clean "departure" by a precaution is met to every person.

Your and others cultures probably have time for still this quarter, because a free from problems and a free from abuse arranged distribution of the means have to take place.

There can be nothing more awful as that from Outside is broken and somebody is stolen or a takeover of the humanity takes place and a human is diverted from its intended used!

Under my guidance particularly those people will pay the bill on earth, which are responsible for this "crap" by condone and watching consciously as other people, particularly the children, were sent deliberately in the death and here on the sunny side of life food are processed in barrels even for the cleansing agents and for tankful, which were indispensable to life for other people.

The beauty will possibly suffer by the consumption of animal food, because a lot of hormonal animal crap will be eaten, however, by the consumption of mud cake or fodder this won`t be able to happen, in which the duration was and will be determined by you and other ones, as it was already made clear several times!

Do you and other people not forget or mistake for the last available alternative, that the captain leaves the sinking ship as the last human!

HP.: Of course such writing is intended not for two or three „ twisted spinners“, but for those people among you, who are still in their right mind.

For this reason this and many others of my writings must be used as a worldwide CC!