To the Ambassadors of the States 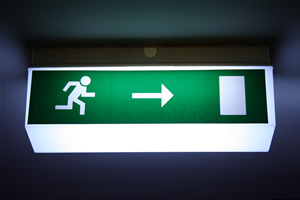 Ladies and Gentlemen, Dear Messrs Ambassadors of France and Hungary,

As yesterday in the news via TV was reported, my person could recognise that you and people like you need unconditional help, because nobody may let people sleep or live on the street and quite not at all, if it is about refugees from threatened regions of earth!

In Paris, the capital of a more or less Catholic characterized country, in any wind and weather in January and February people lie scantily covered with blankets and cardboard on the street.

A heavy part of the blame bears primarily the more or less "exemplary" Catholic country Hungary, which closed its borders as a precaution not to be able to come to these abovementioned failings.

If you want to take places as an Excellence and also to make use of this title, then you and people like you have to prevent such incidents at least throughout Europe immediately!

Hungary will be the first neighbouring country of the FRG, as my person will take care that all Hungarian residents of a villa are thrown out of the villas and afterwards these people get to know the champing in their formerly used front gardens, because these villas must be furnished then immediately for the predetermined people.

The Hungarian government members including their family will get to know the streets in Paris as long as the refugees will be bearing out such a mess at the moment and this only happens, even if these complete government members are going to be incredibly lucky.

Otherwise it can happen that such politicians and persons responsible are quite simply thrown out of the house.

This also is valid for all other states and government members, however even if young men are pushed forward to such leadership positions the older politicians stay always responsibly for what a too young person "does" and concerning this Austria is the frontrunner at the moment ahead of France!

Either the invisible Cudgel of my person is going to take care for execution, what would be of course the best or, however, my person will instruct the armed forces of the respective country concerning this to let obey the order and to let accompany the order!

You and others had more than enough time to be able to solve honestly the refugee problem, what is also to be taken from my various homepages. Now this time is over!

HP.: You and everybody have probably forgotten that there is something else than the life on earth and in it now it is reminded by this order urgently!

This document will also have to be published in one of my homepages, because no suitable "chancellor" is at my person`s command up to now!